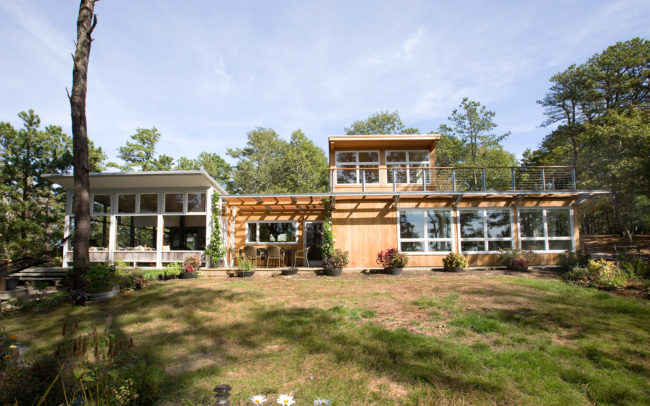 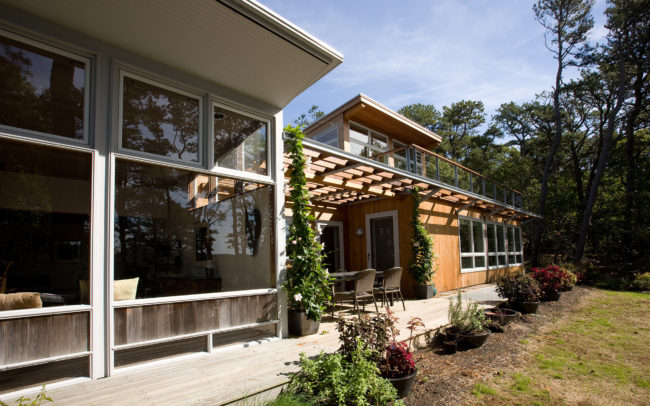 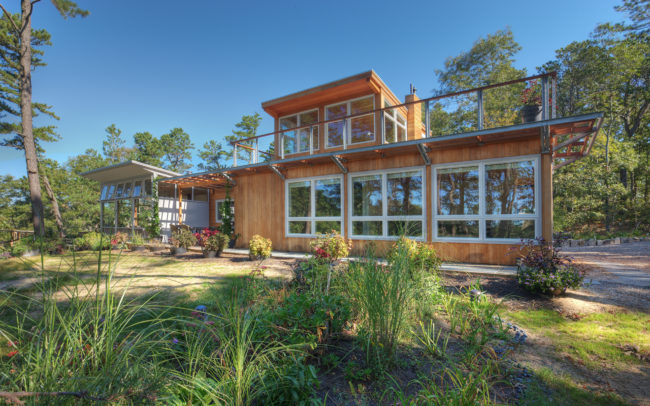 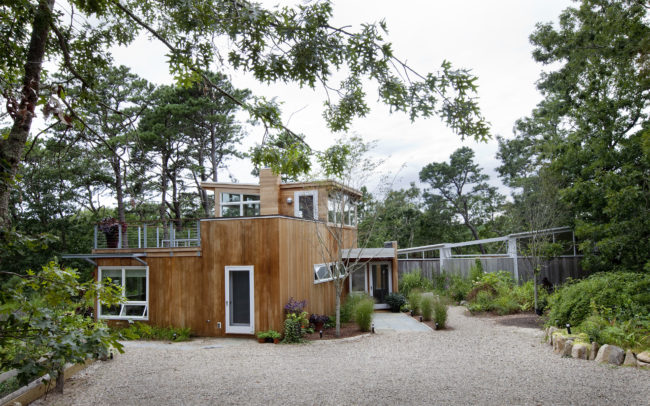 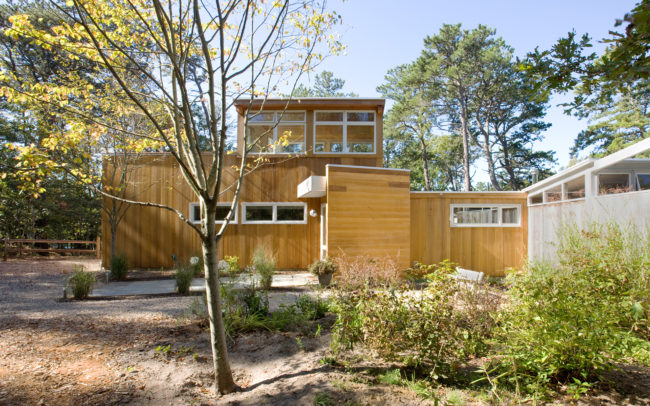 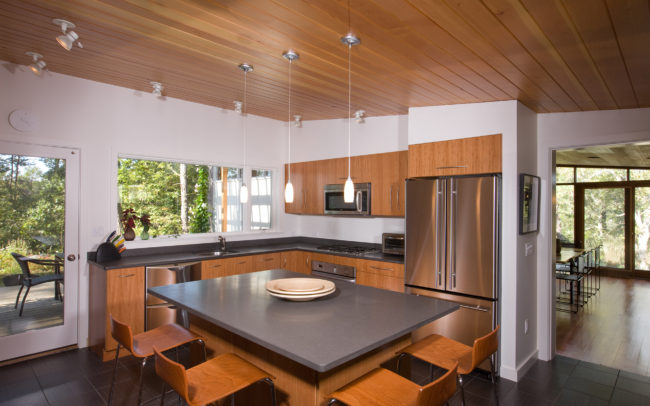 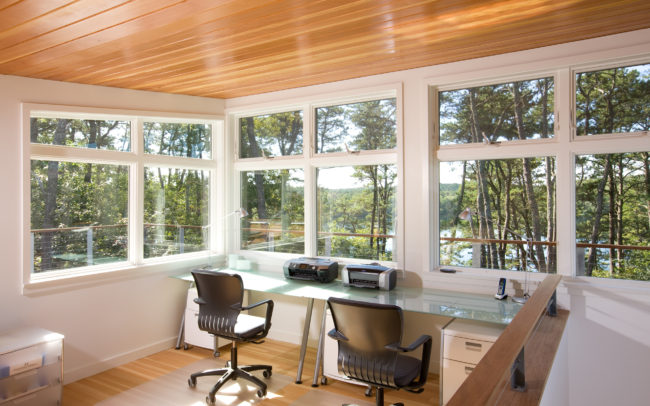 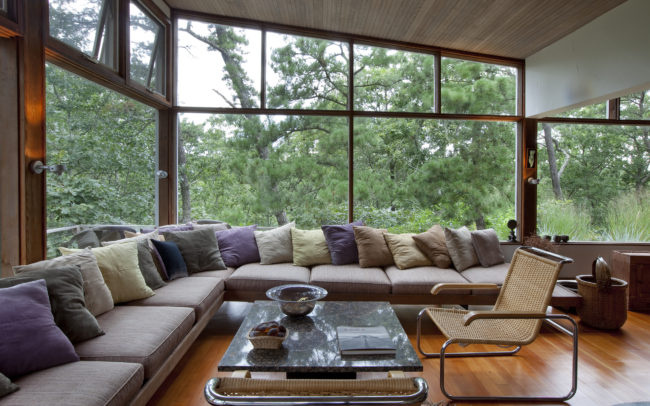 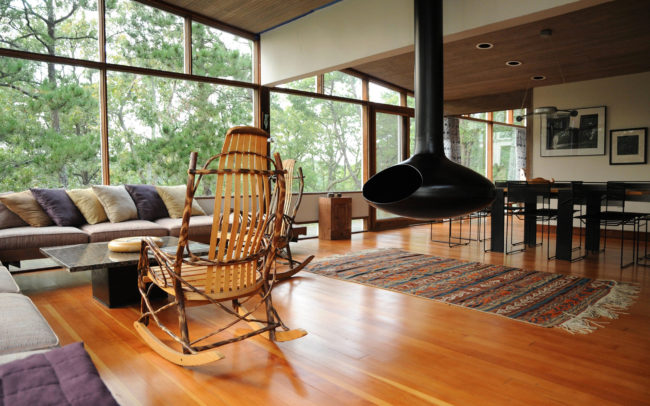 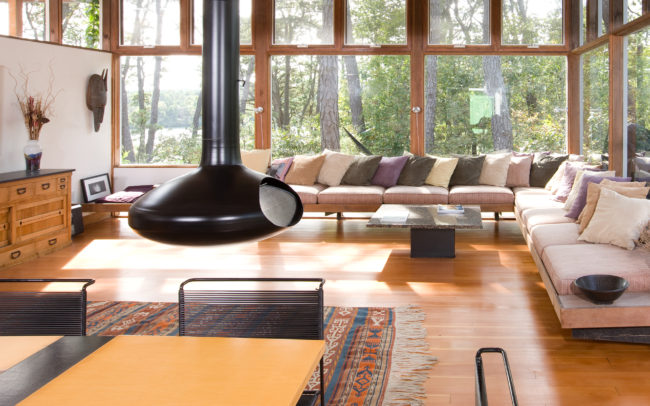 This mid-century modern house is located within the Cape Cod National Seashore Park and is sited on a knoll overlooking two kettle ponds. The original portion of the house was constructed prior to World War Two. The Henry Hebbeln-designed five -bay butterfly roof addition was constructed in 1953. The architecture is notable for its large expanses of glass, built-in furniture, wood beam structure and tongue and groove siding. An interior courtyard in the fourth bay separates a study/ guest bedroom from the main part of the house. The grouping originally included one of Jack Phillip’s recycled army barracks, which are still dotted around the surrounding woods.

The challenge was to adapt an unheated summer cottage into an energy efficient 4-season home that was respectful of the natural environment, and conformed to the zoning regulations of the National Seashore District.

The 2008 addition by Hammer Architects includes a master bedroom suite, study, and kitchen on the first floor. A new roof deck overlooking the ponds is accessed through the second floor home office. The renovated portion of the residence houses the living/ dining room and two guest bedrooms.

Repeat History: To Save a Modern Gem, and Architect Builds a Kindred Addition, Boston Magazine